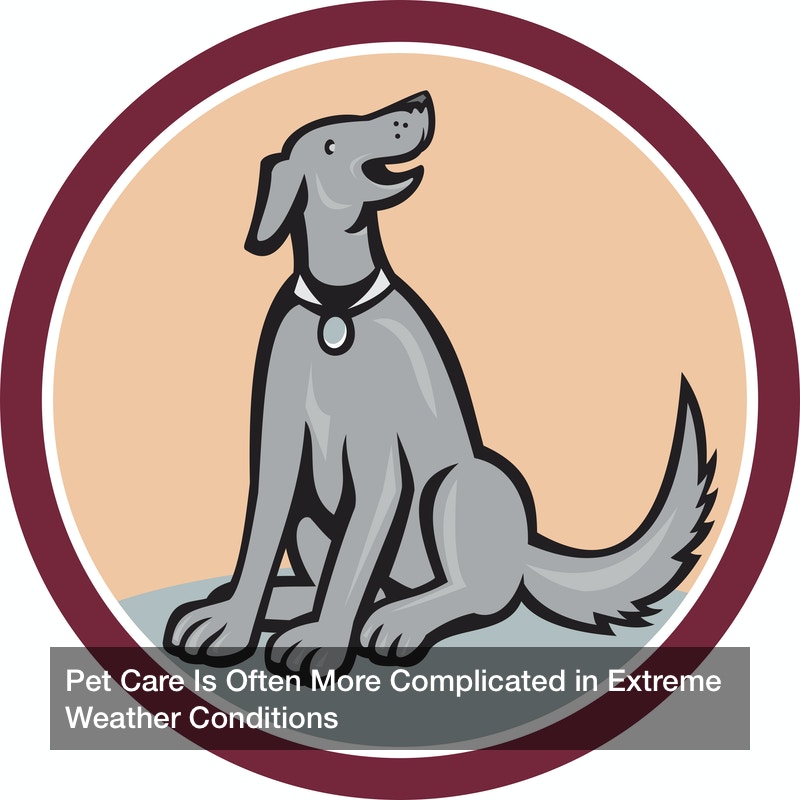 As temperatures drop into the double digits in many parts of the country and the threat of snow creates problems in places across the nation, it is not only people who should be concerned about their safety. In fact, it is exactly at this time of the year when pet owners also need to be concerned about th safety of their animals. It is this concern about the safety of pets that was at the center of a controversy in the town of Fremont, Nebraska. In that small town less than an hour from Omaha a homeless man adopted a dog from the local animal shelter. When the temperatures dipped into single digits some in the community where concerned that this shelter dog that had previously been housed inside was now outside in the elements. And while there were many people who understand the comfort that an animal can provide a homeless person, even some of these people are not certain that putting a dog in danger is the solution.
Vet Services Are Often in More High Demand When Extreme Temperatures Occur
Local vet clinics provide valuable services to their clients. And while preventative care includes many kinds of scheduled appointments, there are also times when pet owners may need to seek emergency vet services. When the temperatures drop far below freezing or when they soar into triple digits, it is also often necessary to make sure that pet owners are provided the weather appropriate care that is both provided and recommended by the most experienced vet services.
Outside of the medical care that many vet services provide, it is especially important every time of the year that if you are the owner of one of the more than 75 million pet dogs in the U.S. that you use common sense and follow the local regulations where you live.
As an example, there are some very stringent leash laws in many cities. On top of the laws, of course, are personal preferences that many dog owners have. Some people, for instance, think that retractable leashes that anchor a pet to certain spot in a yard are awful. Some owners of dogs know that their own four legged friends love to sniff the entire yard and walk in front when they are on a walk and the retractable leases are too limiting, too violent.
It is important to note that leash aggression can occur when an off leash dog approaches a leashed dog. For the unleashed dog it is flight or fight and the pup on the leash really only has one option which is to fight. As a result, many pet owners believe this in only prevented when all dogs are on a leash.
It is considered an important public service announcement that if you own a dog that you should keep them on a leash or tether at all times if they are not in a fenced yard. Examples of people walking their dogs being chased or attacked by another off-leash dog, but has been lucky enough to have not been hurt. Just last night we were taking a walk and she was attacked by a dog about three or four times larger are both scary and dangerous. When pet owners have to literally throw the other dog off of their own pet and hold the fighting dog down, serious injuries to the animals and the human can occur. It is absolutely terrifying and in the process of trying to save your own dog’s life, your hand or other part of your body can be bit.
Even if you think you have the friendliest, most docile, most obedient dog in the world, it is important to remember that all dogs have animal instincts and are capable of hurting others. For your own dog’s safety and everyone else’s, leashes are essential.
According to many area laws, dogs cannot be off leash on your property unless they are behind a fence.
Vets suggest twice-yearly checkups for older pets, but it is important to realize that if you are a pet owner there are things that you need to do every day to care for your pet, especially if it extremely cold outside.